Ugh…  It’s time for me to post one of these filler posts again.  I’m not sure if anybody besides me even finds any of this stuff funny, but that didn’t matter on the other two dozen posts so far, so why would it stop me now.  The only person who really reads this site is my stalker, and he’s not gonna leave any feedback, because doing so would impede his ability to murder me one day and make a tuxedo out of my flesh that he’ll wear to Comic Con when he tries to get Louie Anderson to sign his Louie Anderson cankle tattoo.  But I digress…  on with the show.

1) The government should offer tax breaks to people who buy Priuses, then leave them in their garage, so they don’t run over and kill anybody.

2) I’m going to start a humane seafood restaurant where I place a pillow over the lobster’s faces and snuff them out before boiling them.

3) I subscribed to GQ magazine the other day, because I don’t have t.v., but still want to have to sit through advertisements for hours..

4) What would George Orwell think of social media.  People go out of their way to tell everybody everywhere they go and everything they do.

5) The government should offer tax breaks to people who buy BMWs, then sterilize themselves, so they don’t create douchey entitled offspring.

6) Mustaches are great for when you want half the food you try to put into your mouth to go to waste.

7) I love going to a concert, realizing I’ve lost one of my ear plugs, then needing to flip a coin to see which ear gets saved that night.

8) I love when rappers wear $10,000 gold chains, but have album packaging that looks like it cost 37 cents to print off at Kinkos.

9) Martin Luther King Jr would never have been able to play Grand Theft Auto 5, because he had a Dreamcast.

10) I took a trip to Africa and saw signs that said “Free Nelson Mandela”.  I don’t know what that is, but if it’s free I’m down to try it out.

I’m sure by now you’ve seen the pictures circulating the internet of the guy who went to the Magic the Gathering™ gathering, but took selfies next to butt-cracks instead of slaying beasts.  Much like everybody else, I found the pictures to be hilarious and life-affirming, but I was also getting a sense of deja-vu.  I knew that I had seen this buttcrack photographer somewhere else before, I just couldn’t place where.

Well, after countless hours of research and sifting through the American culture archives, I was able to figure out where I had seen this gentleman before.  Turns out he’s been a connoisseur of those glorious booty slits for well over a decade.  Below is merely a sampling of the pre-gathering buttcrack selfies that “OB1FBM” had been a part of documenting in the past. 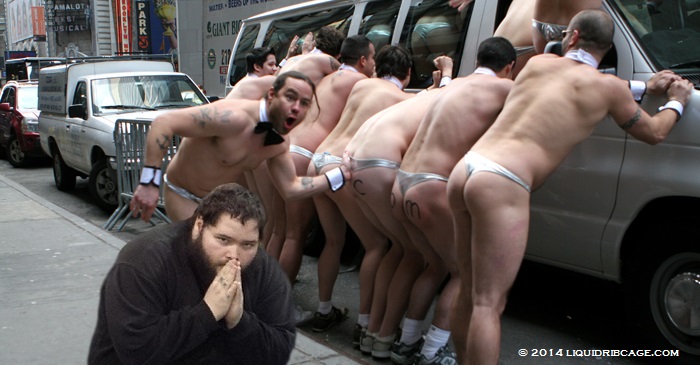 Here he is circa 2001, hanging out with the Jackass crew.  This is the era wherein his appreciation of the buttcrack began to blossom.  After this photo however, he made it a point to stick to single buttcrack exposures.  “I found that too many buttcracks in one shot have the tendency to overwhelm the senses and leave the viewer exhausted.  After this I made the decision to work solely in mono-crack photography.” 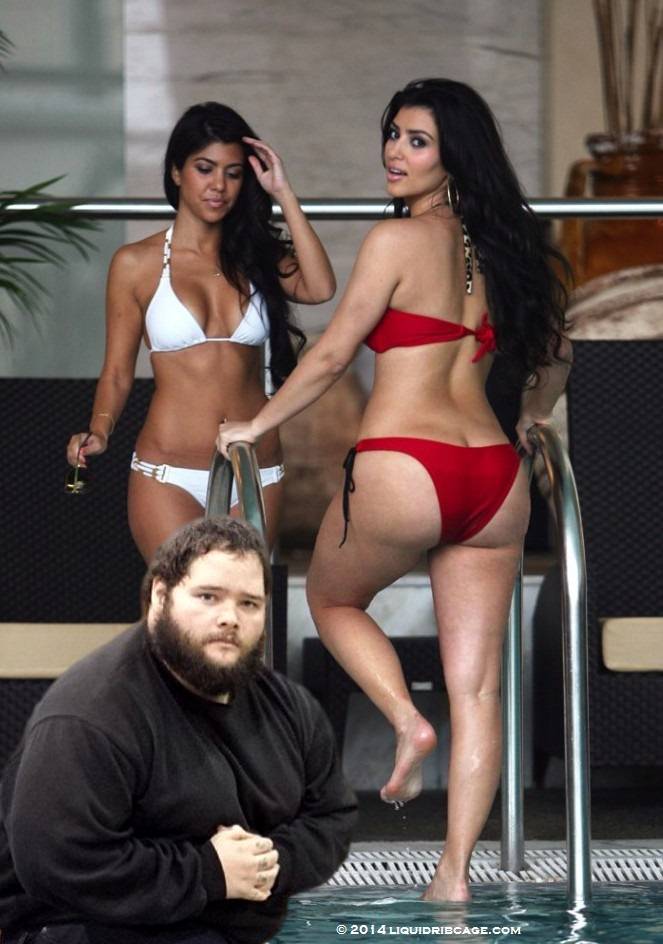 And here he is a mere two years ago photobombing a Kim Kardashian buttcrack photo-op.  It was during this era that his appreciation for the big-booty cracks began to flourish.  “I find that rump slits that are a little bigger than average tend to give the photo a certain larger-than-life mystique that I’m constantly aiming for.” 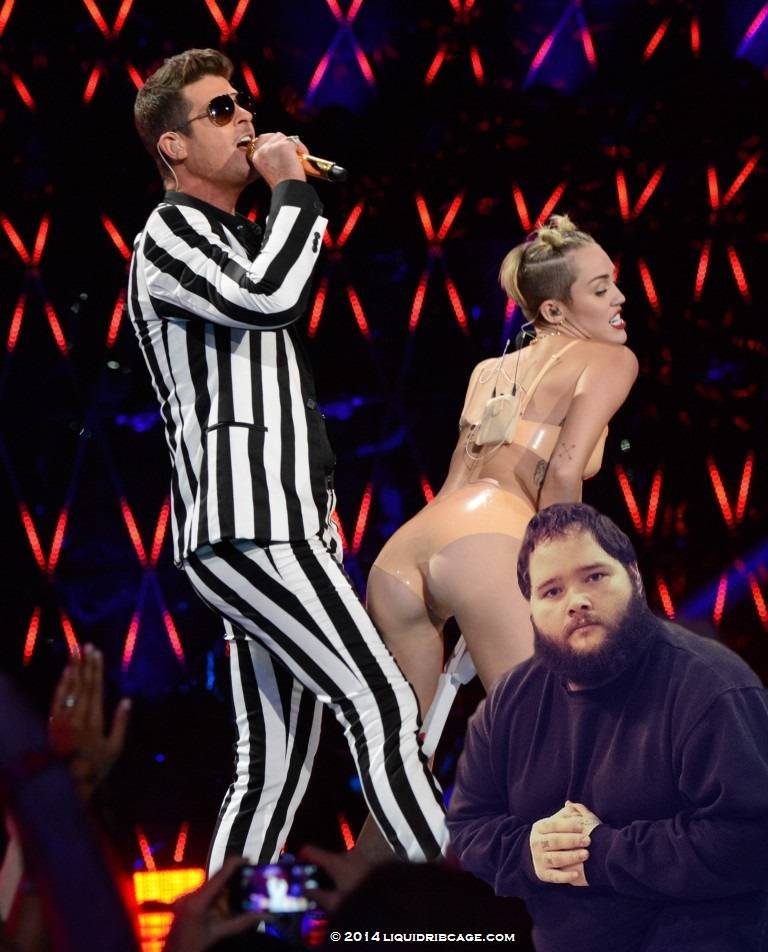 Finally we have a picture of Miley Cyrus’s infamous 2013 VMA performance.  At the time, OB1FBM hadn’t quite broken through to the mainstream with his bootycrack photography, and as such, these gems were largely overlooked at the time.  It is now however, that we can finally look back and appreciate the true artistry of his work.

It’s come to my attention as of late that there are certain things going on out in the world that are going to need to cease and desist starting immediately.  These are things that you need to stop doing, less because they are annoying to me, and more so because doing them makes you a terrible person.  So listen up, and make the necessary changes, or pay the consequences.

For the life of me, I can’t understand why people even do this.  Do you consider it an accomplishment that you are about to eat food?  You do know that literally everybody eats food, right?  But as you’ve probably noticed, not everyone feels the need to take pictures of what they are about to eat, then take the time to post said pictures online.  You know who doesn’t take pictures of food they are about to eat?  Starving children in third world countries.  They simply eat and enjoy food when they have it, and don’t need to boast, gloat, and try to glean attention out of other people before doing so.  Also, for the record, absolutely nobody cares about the fact that you are about to eat a steak.  Anyone who gives you attention for posting food pictures is merely buttering you up (zing!) because you also give attention to their largely pointless cry-for attention posts. Cease engaging in this activity immediately, or feel the wraith of a thousand Hadoukens to the taint-region.

Stop saying film remakes are “inspired by” the original

What’s that you say?  The American horror movie “The Ring” was influenced by the Japanese horror movie “Ringu (The Ring)”?  The last time I checked, if you remake a film in a different market, the more recent film is still considered a remake.  You’ll see this all the time when a foreign film is remade into a half-assed Hollywood re-hash.  What usually happens is that the original film gets picked up released by an American distributor with a blurb about how it “inspired” the garbage remake.  It’s almost as if they expect you to believe that some writer watched the foreign film and felt inspired to sit down and write a script in the same vein as the original.  What really happened however, is that somebody noticed that a foreign film was doing well, then took that info to some producer who got the green light to produce a quick thoughtless cash-in.  Do yourself a favor, and whenever you see that a movie “inspired” a more recent one, watch the original instead.

Stop spelling your as “yr”

Alright… we get it.  You listened to a lot of Sonic Youth, or indie bands who listened to Sonic Youth and are an overwhelmingly original and creative individual, who completely avoids following convention and lives a dangerous life of non-conformity.  The problem is, that in the 80’s when Sonic Youth were doing it, or even in the 90’s when all those other bands started doing it, it was still precious and cutesy to use “yr” instead of “your”.  In the current era however, it makes you look like just another lackey who slept through English class and now unnecessarily shortens every other word in order to exude the air of not caring at all about looking educated.  Kids in school nowadays can barely spell to any passably degree, and the last thing they need is educated people misspelling things to look hip and cool.  And while we’re on the topic of grammar, stop spelling things using numbers and single letters in place of words.  You might be just like your mother, but you aren’t Prince.

This is another one of those things that people do when they’re desperately trying to be as precious and cutesy as possible.  I know you’ve seen it a dozen times before, and if it doesn’t make you want to suplex somebody’s face into a bowl full of brass tacks, there is something seriously wrong with you.  It’s almost as if it’s a gang sign someone busts out to signify that they don’t want to be taken seriously on any level.  It’s one of those atrociously over-used photography tropes that desperately needs to die off as soon as possible.  It stopped being creative exactly four months after it started being over-used, which was in 1943 if I’m not mistaken.  The main problem with the gesture is that there is absolutely no meaning behind it at all.  It’s merely something done to become the center of a picture, that is ultimately no less contrived than randomly throwing up a middle finger.  It’s not the Gandhis and Mother Teresas of the world doing the hand heart.  It’s the overpaid, creatively-devoid, “artistic” shills whose livelihoods revolve around desperately staying in the public eye.  They might as well be holding up a picture of a Nike swoosh instead of doing a hand-heart.  Same difference.

Stop saying music was so much better in your era

This one in particular is close to my heart since I have music tastes that are approximately 430% better than the average music listener.  I’m practically a professional when it comes to knowing about music as a recorded art form.  I’m also an expert in tactical espionage, and the methodology of 14th century cake baking, but I’ll write an article some other time about why people in those fields are dicks.  I could write a full page about things those cake assholes do that get my goat.

The reason this erroneous line of thought needs to be halted immediately is that is shows that the speaker has an extremely rudimentary knowledge of music.  The people likely to say “Music was so much better in my day” are usually over-the-hill old-folk types who stopped listening to good music back in 78, leaving them with no reference as to what good music actually is at any point in time beyond that.  This type of person usually only listened to radio music that was piped into their consciousness without any work being necessary on their part to actually discover anything.  Radio music has changed dramatically over the years, and very rarely for the better.  Music as a whole has improved ten-fold, but in order to witness that, you would need to have been actively searching for it.  In the internet age, this is easier than it’s ever been.  You could get on google and find 17 Lithuanian country-prog bands after searching for a mere 10 minutes.  These days it actually takes a little bit of effort to find the good stuff.  It’s not just going to fall into your lap, like it did back in the day with the Beatles and Led Zeppelin.  So have you grandkids teach you how to use the internet, and maybe you can actually discover some good new music instead of listening to top 40 radio desperately trying to find something good, because that’s almost a hopeless endeavor.  Or you can go listen to a Herman’s Hermits record and continue to ponder why music is so terrible today, while everyone around you quickly exits the room to go play on the nearest train tracks. 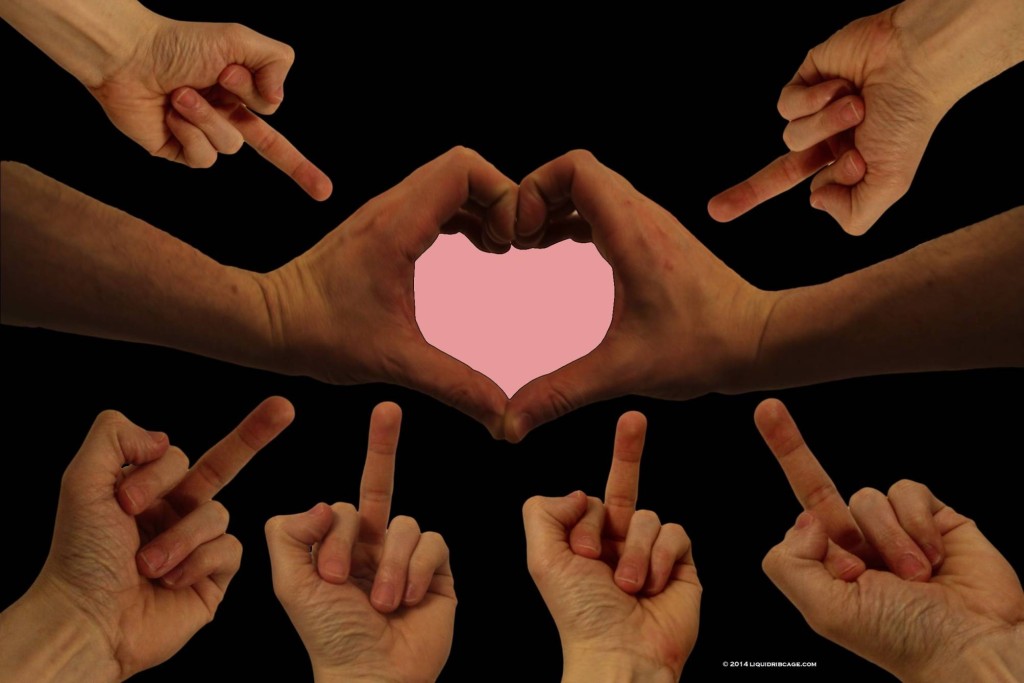