Hey everybody.  You know how people who have government jobs work so much and rarely have days off or vacations?  It’s pretty crappy, huh?  Well fret not, as a few bills have recently been inked up by the U.S. House of Representatives, another busy, hard-working division of the government, which aim to correct this gross injustice.  The new bills would ensure that those hardworking individuals in cut-throat professions, like DMV clickety-clackers, Post Office object weighers, and Senatorial tax-money-user-uppers receive that much needed time off that most non-government jobs are afforded in abundance.  Below is a partial list of some of the potential new government holidays:

Know what annoys me? Those passive aggressive blog posts that people love to champion all over facebook and other social media platforms. The ones where somebody had a negative interaction with some other member of society, and instead of actually handling it in person, they go home and write up a spineless blog post directed at that person.

You aren’t winning a battle by burying your head in the sand during a conflict, only to write an anonymous note to your antagonist(s) later on. I can’t help but feel that all the attention these posts get comes from other people who are also passive/aggressive conflict avoiders.

I tend to try to avoid unnecessary conflict as well, but if I write a post about something or someone that annoys me, I do it in a humorous nature, and not a self-aggrandizing pretentious manner. I do it for entertainment, and not out of self-righteousness. If you avoided a conflict in the real world, that moment has passed. You missed out on your big Braveheart moment. You aren’t the bigger person for airing out your grievances from the comfort of your computer chair two days later.

If the person next to you on the subway is breathing too hard for your liking, let them know in person. That way, they can call you a dummy and tell you to mind your gosh-darn business to your face. Then maybe you’ll learn to stop being such an entitled whiner and realize that the planet doesn’t bend to your every whim.

Life is full of conflict. Learn to deal with it, and stop airing out your petty grievances on social media so your weenie friends can give you some thumbs-up clicks to make you feel like you actually made a difference. You didn’t.

So hey.  Check this out.  The other day I was in dire need to things to stuff in my gullet for sustenance, so I decided to hoof it on down to the local grocery shoppe.  I’m all wandering to and fro through all the bountiful aisles of foodstuffs, when I hit the international isle.  I’m looking at all the fancy and exotic legumes, sauces, and packages with anime cats on them, when something catches my eyeball.  It’s the Mexican food section.  I notice almost immediately that every single item in the section has lime in it.  EVERYTHING.  There were cans of chili with lime, bags of chips with lime, even jars of mayonnaise with lime.  I was all like “¡¿Que chingados, ese?!”

I proceed to go about living my life as usual, but I had a serious case of lime on the brain.  Lime was on my mind, and I was seeing lime in all sorts or places where I had completely failed to notice it before.  It seems that absolutely everything out there has a lime variant these days.  But don’t take my word for it.  I conveniently snapped some photographic evidence since that type of stuff is worth a bunch or words and whatnot. 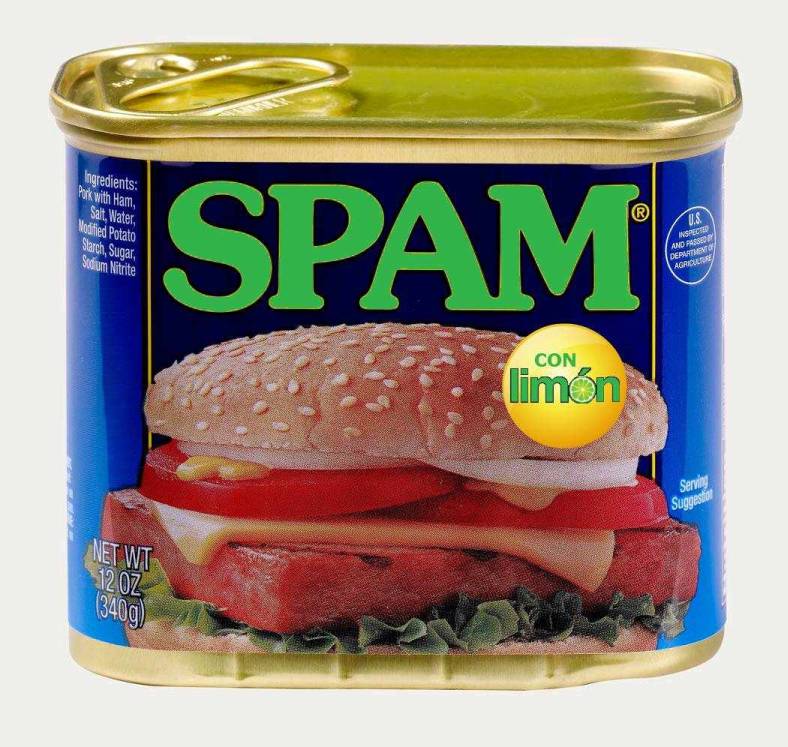 Did you know that they had Spam with a hint of lime?  I had no idea.  But here is photographic evidence on the internet, so it’s gotta be real.  I think you can only get this in Guatemala for some reason.  Guess they like their Spam over there, but it just wasn’t citrus-y enough in stock form. 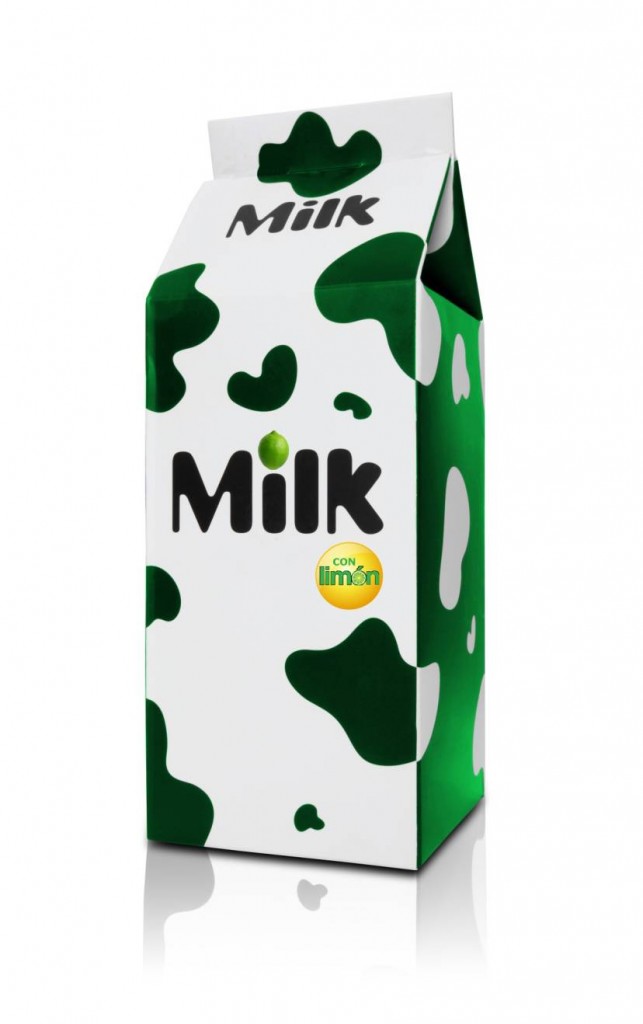 Milk with lime?  That sure sounds gross.  But somebody somewhere must like it, because here it is.  I’m pretty sure it doesn’t come out of the cow with lime in it.  The milk factory probably takes care of that feature.  Either way, I’m sure as hell not gonna drink it. 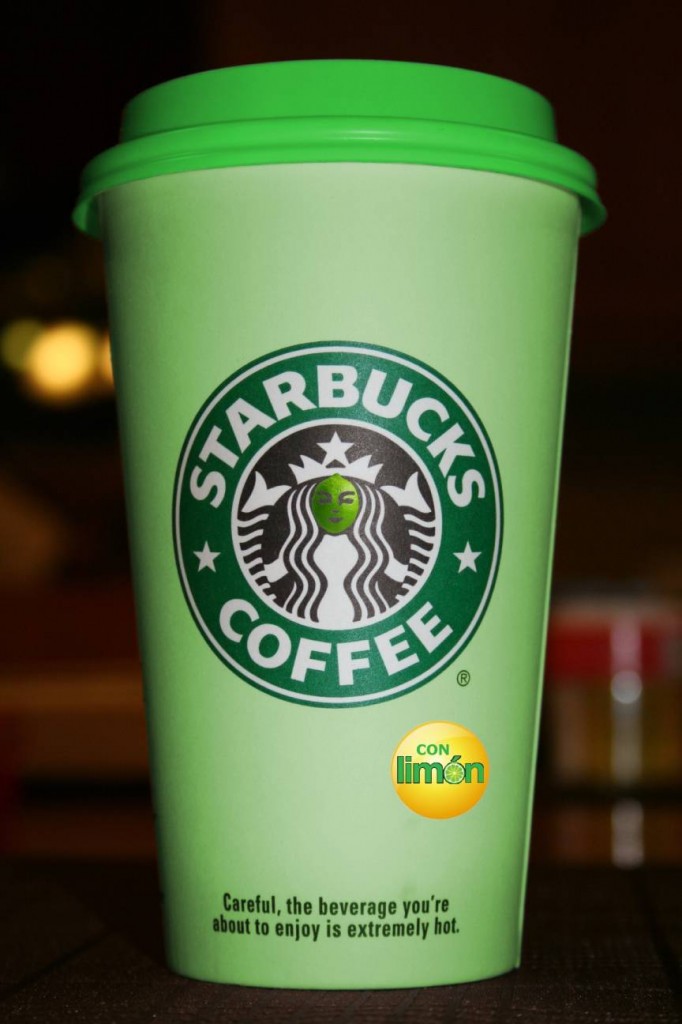 Seriously?  Starbucks is putting lime in coffee now?  Like they didn’t offer enough redundant, pointless varieties of the exact same thing already.  Guess coffee folks will drink just about anything, including lime, in their hoity-toity bean water.

For the love of Jeebus.  Did we really need toothpaste with a hint of lime?  Were fresh mint, bubble gum, and bacon flavors not enough?  It’s not even food.  It’s paste.  What’s next?  Lime flavored glue?  Moving on… 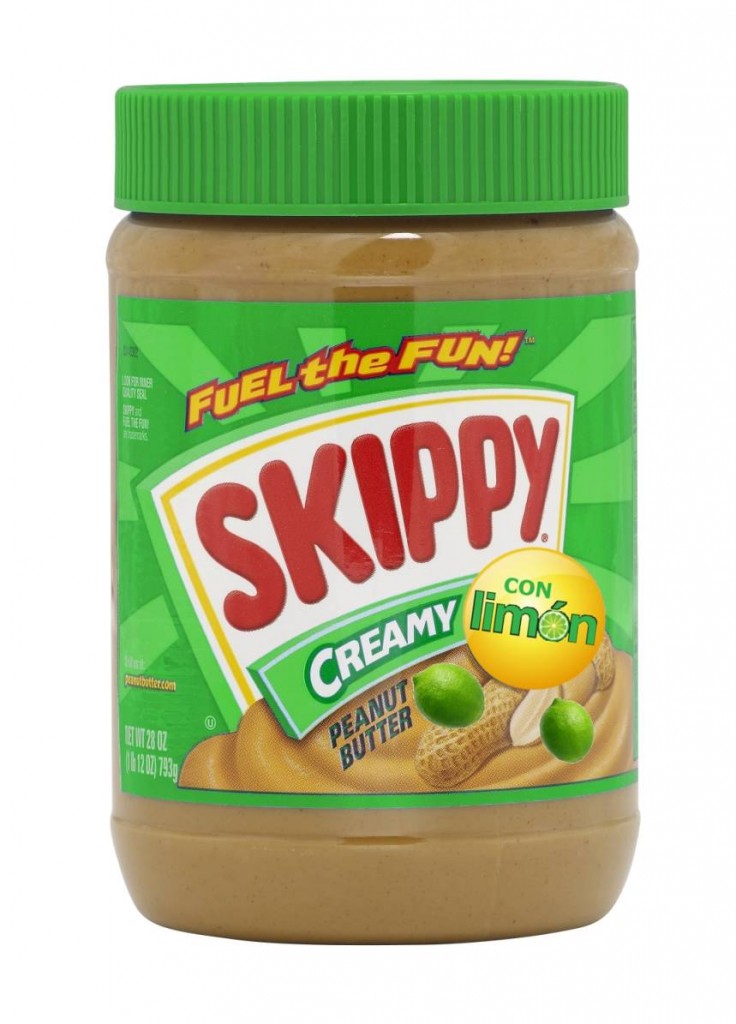 Peanut butter con limón?  ¡Hijo de puta!  Why did peanut butter need lime in it?  It’s stupid enough to mix nasty lumpy jelly in with peanut butter, but this really takes the cake.  A cake without lime added to it I might add.  Though I’m sure that exists somewhere too.