Oh my god.  I can’t even.  I can’t even even.  I am SoOoOoOoOoOoOo outraged right now everybody!  I can’t even even even.  I just saw something today that was so inappropriate and evil and oppressive, and I just need to share it with everyone.  While it’s true that I could just keep it to myself and deal with it like an adult, I really desperately need other people’s validation, and Tumblr and Twitter are both down for some reason, hence the blog post.

I was shopping for organic, natural, non-GMO, gluten-free, chemtrail-free, soy frappuccino yoga chips, when something caught my eye.  While I was walking through the frozen foods section, I saw something very upsetting and heart-breaking.  I’m going to post a picture below, but I have to give a disclaimer first:

Trigger Warning: The Following Is Not For The Faint Of Heart. 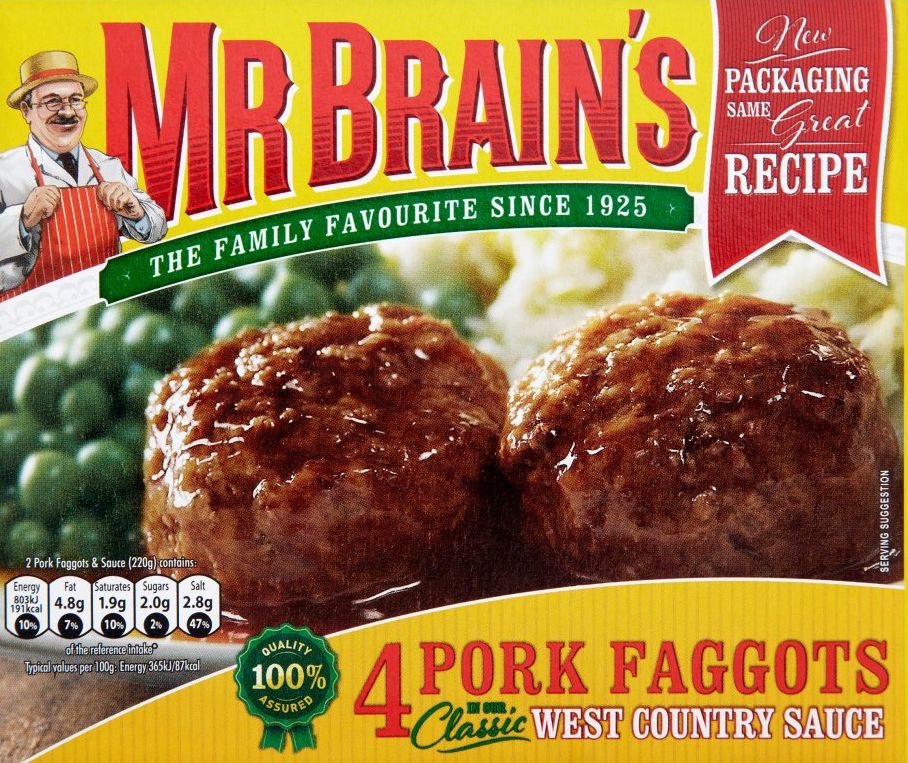 Can you even believe your eyes?  I for one can’t even.  Somebody out there at some evil mega-corporation had the gall to use a homophobic slur to name a bunch of little porky meatball chops!  After doing some extensive research on my Apple iPad Air 2™, I found out that Mr Brain’s is a British company that’s been around for nearly a century.  It also turns out that words don’t always have the same connotation from country to country, and that “faggot” means a few other things unrelated to homophobic slurs in England.

This changes nothing however.  I still find this product offensive, and therefore still need to impose my will upon anyone and everything in my path.  This product needs to be taken off the market, or else the manufacturer should face harmful repercussions, perhaps even bodily harm or eternal damnation.  There is no excuse for anybody to do anything that slights anyone else, due to race, religion, or creed.  I will continue to fight the good fight as long as injustice continues to exist.

I have started a petition in the wake of this universal tragedy, and I can only hope that everyone reading this conducts themselves as a compassionate human and signs it right away.  It would be appreciated if you could also bombard Twitter and Tumblr and all the other social justice sites with this petition in order to further our cause.  Thank you for your time.