If you’re currently reading this shoddily-written article, that can only mean one thing.  You are an aspiring contemporary country musician who’s been scouring the internet looking for advice on how to “make it”, “break out”, and “become successful” amongst other things oft-seen between quotation marks.  Well good news there, future country music superstar, because you came to the right place.  Consider the following to be the holy grail of foolproof advice on the topic of achieving multi-platinum status in the cutthroat genre of country music.

1)  Wear a cowboy hat at all times.  No exceptions.  Don’t work on a farm or wrangle cattle in any capacity?  It doesn’t matter.  Don’t live in or around any of the dusty southern sunny states?  It doesn’t matter.  Even if you’re a country artist from Providence, Rhode Island who works in data entry for a living, slap on that cowboy hat and look the part.  The fans won’t know the difference.  Write a few songs about trucks or beer and your background won’t even come into question.

2)  Always drive a truck.  Always drive an American made truck.  Either be behind the wheel of a Ford or a Chevy, or don’t be behind the wheel of anything at all.  Your career would be better off if you walked everywhere instead of driving one of those foreigner devil-mobiles.  If possible, try to drive a truck that’s twice as large as anything you’d ever realistically need.  Functionally is of no concern here.  Even though you’re an upwardly mobile Nashvillian, you need to project that working-class vibe, or they’ll see right through the ruse.

3)  Never get caught drinking a micro brew of any sort.  It doesn’t matter if that craft IPA tastes better than shitty mass-produced piss-water, it’s bad P.R. if you’re seen holding it.  Always stick to the uncultured, bland classics.  After all, Budweiser or Miller will most likely be sponsoring something you do during the course of your career.  You don’t wanna bite the hand that feeds you.

4)  Always go out of your way to show support for the troops.  Don’t know anything about the current situation wherever it is we’re fighting this week?  It doesn’t even matter.  Don’t even know whether or not we’re currently engaged in a war with some third-world country with a GDP less than South Dakota.  Guess what?  It doesn’t matter.  Always support the troops even if you don’t know what’s going on, which being a contemporary country artist, you more than likely won’t.  Always play it safe.  You can’t spell country without “safe”.

5)  Always project blue-collar.  Even if you work in a cubicle and have never done a day of manual labor your entire life.  Even if you sell 10 million albums and buy a mansion in the Hollywood Hills, still continue to project working-class in your lyrics and lifestyle.  Even though modern country music is about as far from working class as you can possibly get, tell everyone your daddy worked in a coal mine and that your grandma was a truck driver.  The fans will get behind things they can relate to, even if that relation is a fabricated construct.

6)  Don’t be a gay person.  There are no gay people in country music.  Just like how there are no gay people in Iran or the Russian city of Sochi.  Nobody wants to hear a gay person singing about pickup trucks and jukeboxes.  Everybody knows that gay people are into Broadway musicals, bondage gear, and women’s golf.  None of those topics make for good country songs.  You can be a butch tomboy or an alarmingly metrosexual dude, but never be gay.  At very least, stay in the closet like the countless country stars who currently are.

7)  Never be too pro-foreigner.  Never mind the fact that pretty much everyone in the United States comes from a lineage of foreigners anyway.  You have to feed into the ignorance of blind nationalism if you really want to hit your target demographic.  Always hold yourself up as superior to the weak French, the commie Russians, or the illegal Mexicans.  It doesn’t matter if 15% of your demographic is functionally illiterate and can’t point to these countries on a map.  Keep the intolerance train a-rollin’.  It’s not your job to be an educator or to lead by example.

8)  Always adopt a drawl.  You cannot be country and sound like Little Tony from Brooklyn or Jimmy James from Boston.  Larry The Cable Guy speaks with a fake accent and made it to the top without being questioned, and you can too.

9)  Make sure you big-up Jesus.  A good deal of your target audience resides in the God-fearing communities, and once again, you have a demographic you need to reach.  You don’t need to actually go to church or to have read any of the bible for this one.  Simply allude to God or a creator when discussing your talents or rise to success, and make sure to name-drop the big guy in your liner notes.  Mission accomplished.

10)  Ignore all of the above information, because thanks to Taylor Swift, you can be a teenybopper from Pennsylvania who writes tepid predictable radio pop songs and still somehow manage be successful on the country charts.

The events that transpired in Ferguson Missouri were obviously quite tragic, but instead of writing yet another opinion piece on the subject to add to the sea of blogger articles already out there, I’ll instead post a meme.  This meme is a visual representation of precisely 70% of all facebook posts on the subject as of late.  Enjoy. 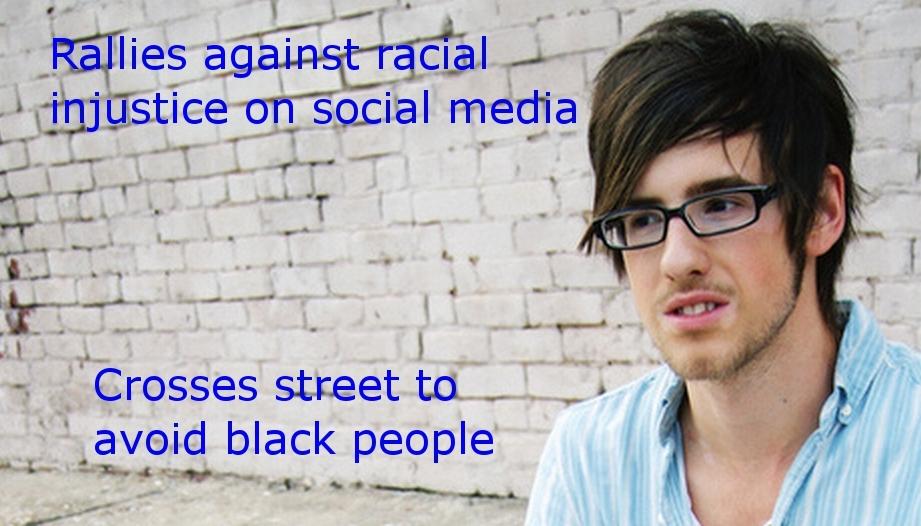 I recently did a google search for “terrible syfy movies”, and this is the result I got: 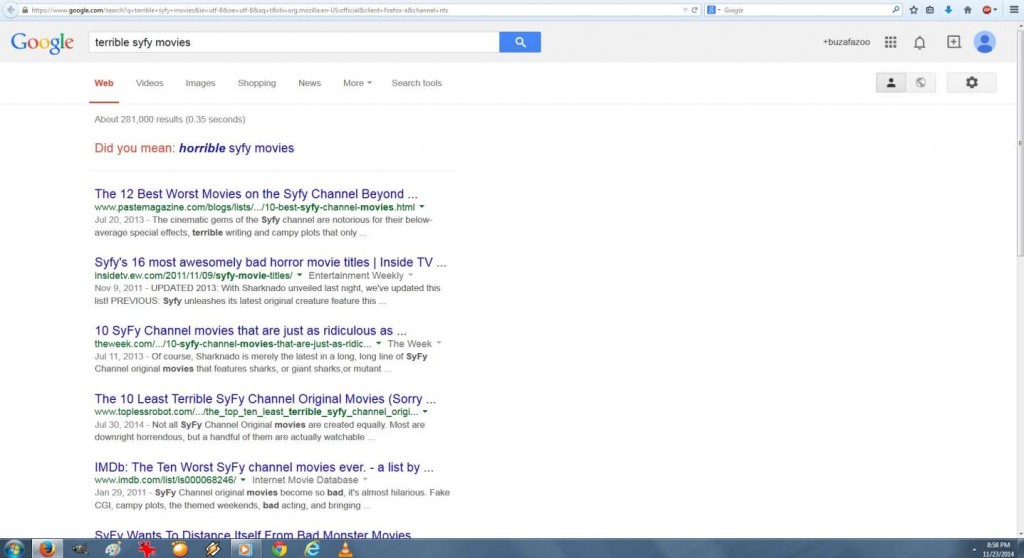 Google corrected me.  Evidently I meant to search for “horrible syfy movies”. Even Google thinks your movies are complete shite, Syfy Channel.  You should feel bad now, and maybe try to do a better job in the future so that Google stops punking you on the internet for everybody to see.