Hello again vacant void of the internet. Ya see, here’s the deal…  I recently obtained photo editing software after a ten plus year hiatus away from the magic of said photo editing software.  Long story short, I was reacquainted with the majesty that is “photoshopping”.  Namely, stuff of an inappropriate or comical nature.  Because honestly, unless I’m getting paid to do so, I’m not going to put that much time and effort into something serious.  Get real, bro.

I also happen to be a fan of the glorious portmanteau.  Not just because they have such a frenchity-french je ne sais quoi about them, but also because they’re hours, if not minutes of fun.  A portmanteau, in case you didn’t know, and are too lazy to actually look something up, is when you blend two existing words together into a new word.  By golly, the title of this post contains one!  I combined portmanteau and photoshop together into a new word.  Frankly it looked like crap, so I added parentheses, and lo and behold, it still looked like crap.  As far as I know though, I invented it, so you’re gonna eat it, and you’re gonna like it.

In this edition, I’m focusing on legendary rappist Riff Raff.  He’s very photogenic and also very photo(shop)genic to boot.  I didn’t just photoshop his head onto a chalupa or something like that though.  The premise is that the images had to be a wordplay on his name.  ‘Cause I takes it to the next level.  Defcon 6. 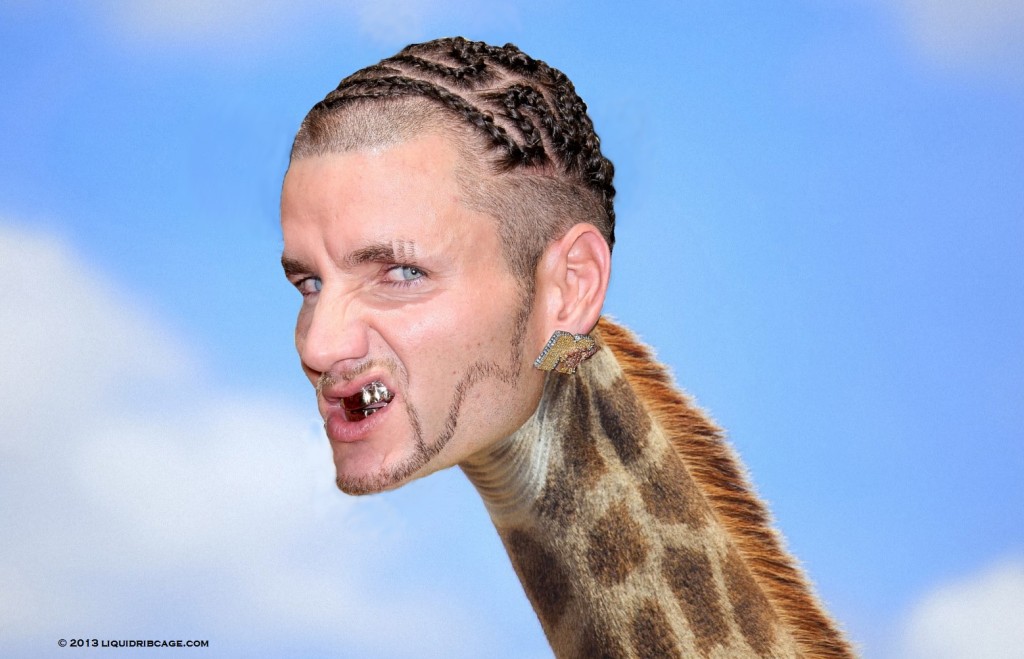 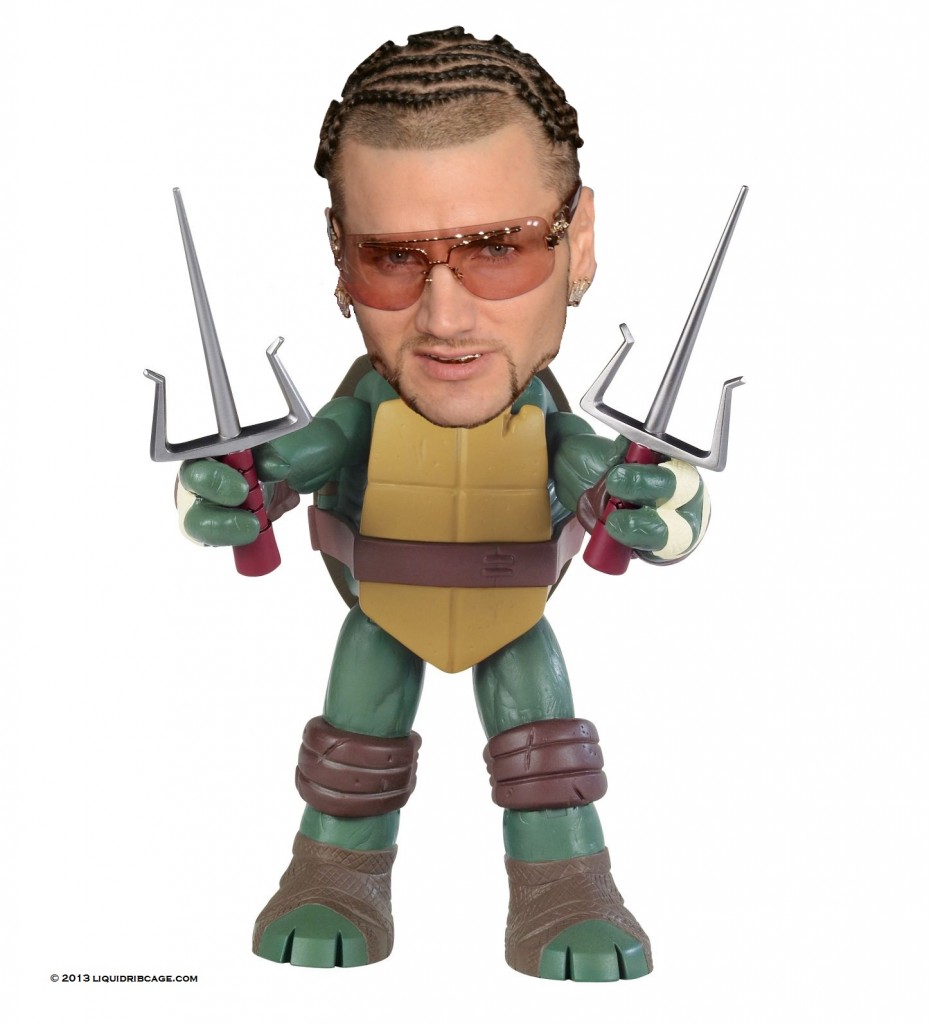 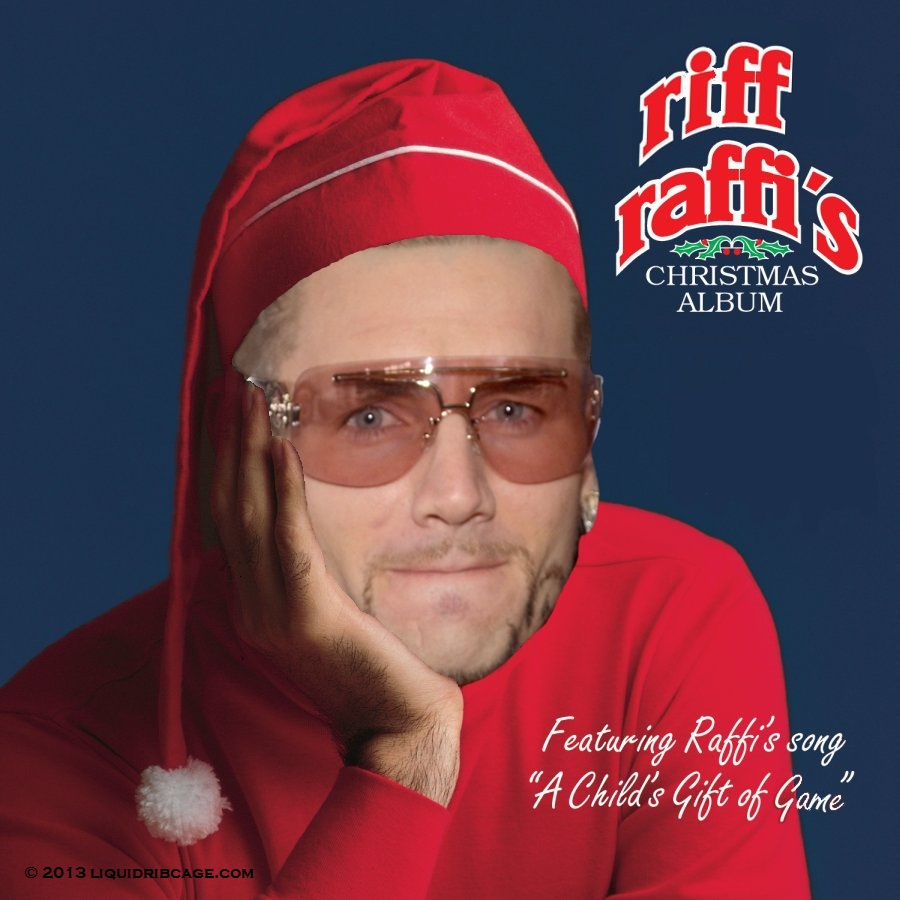 Fixed-Gear Records has filed for chapter 11 bankruptcy. Says founder Stu Gilbert: “I don’t know what happened, man. We had our finger firmly on the pulse of youth culture, and were preparing to ride a wave of success into the future. Then we got stuck with 30,000 cassette resissues. I don’t know what happened. We were 2 weeks away from reissuing Rusted Muffler’s legendary debut album on 8-Track, and were also in talks to press Black Midget’s latest release on 78 RPM. Needless to say, that won’t be happening now.”

Fixed-Gear Records had flourished for nearly 4 years in the heart of downtown Portland near Starbucks franchise #13,867 and the city’s 43rd largest bicycle shop, which served as inspiration for it’s name.  Mr. Gilbert decided to start a record company after getting heavily into vinyl a year prior.  “I, like, loved vinyls, man.  I liked how they had twice as many sides as a CD, but were, like, so much bigger.  Problem is, nowadays kids are all into MP3s and those aren’t even big, and like, they don’t even have any sides.  It’s a friggin’ shame.”

So what’s next for Mr. Gilbert? “I think I’m going become a haberdasher.  Or maybe even a blacksmith.  One of those old-timey professions of some sort.  I wish I was born in 1849.  People back then were so original.” He then proceeded to groom his mustache in a hand-held mirror for the next 10 minutes, and we were left to see ourselves out of the hollowed halls of Fixed-Gear Records.

If you’re reading this, that means you’ve somehow stumbled upon this site.  I don’t know how you did it, but congratulations.  There are almost a billion websites out there, but here you are.  You could be watching cat videos or buying sausage right now.  I don’t have either of those things on this site yet, but bear with me.

This site merely serves as a dump for my brain.  There are a lot of things up there that I have to get out, and I figure it’s better to post them on here so that Earth (or other sentient beings) can enjoy, and benefit from them, rather than letting them go to waste.  You’re welcome, Earth.

There will be no general theme to this site.  Some posts might be serious; the vast majority assuredly won’t be.  The lack of a central theme guarantees that the site will never be successful and will only appeal to 0.01% of the population at any given time.  I’m fine with that though.  I don’t even care, man.  Apathy is cool.  Whatever.