Growing up, I always thought monkeys were cool.  They’re animals, but they’re also kind of like little crazy hairy people too.  They have super-strong ‘tard strength, and get to throw their poop at everything without ever getting into any trouble for doing so.  How cool is that?  I always wanted be a monkey so I could flip over cars and hurl my poopie logs at people’s domes.  That sounds like the best life ever.

Now that I’m a fully-fledged adult however, I’ve come to the realization that monkeys are just extremely worthless lazy people.  Think about it.  Humans and modern monkeys evolved from a common ancestor at some period in the past.  Yet look where we are and look where they are.  We invented hamburgers, microchips, and Playstation 4.  What have monkeys invented?  Since throwing poop doesn’t count as an invention, their tally stands at zero.  Monkeys haven’t invented a damn thing.  Millions of years and they haven’t done shit in all that time.  No monkey iPhones or monkey dubstep music.  NOTHING.

In a few million years time, humans have become geniuses who have harnessed the powers of the cosmos to create energy, and even leave the Earth to visit other celestial destinations.  In the same amount of time, monkeys have gotten better at flinging doodoo and getting humans to dress them in overalls and give them free food.  That is literally all they have accomplished.  Over a million years have passed and they haven’t even harnessed fire or invented the wheel yet.  Think about how long of a time span a million years is.  We went from using the horse and buggie to creating vehicles that can achieve speeds greater than mach one in a little over one hundred years time.  We’ve gone from using horses to deliver messages taking upwards of two weeks, to being able to text someone instantly via phone in less than 150 years.  In a million years, monkeys have gotten 4% better at throwing their shit at things.  Attention everybody *clink clink* Can we get a round of applause for the monkeys?

Serious though… If any monkeys are reading this, or if anyone who’s reading this has friends who are monkeys, it’s time to step it up guys.  You’ve spent more than enough time sitting around, pooping on yourselves, eating bananas and not doing much else.  It’s time to start evolving and getting some work done out there.  Invent some stuff already.  It doesn’t even need to be anything that involves electronics or complex metal alloys.  Figure that whole fire thing out and invent some neat collapsible pots or something.  Come up with anything.  We’ve got spaceships.  You found a stick you use to poke into the ground and get ants.  Unacceptable.  IT’S BEEN OVER A MILLION YEARS!  You can do so much better.  So step your game up and start contributing to society for once.  Catch you on the flip side. 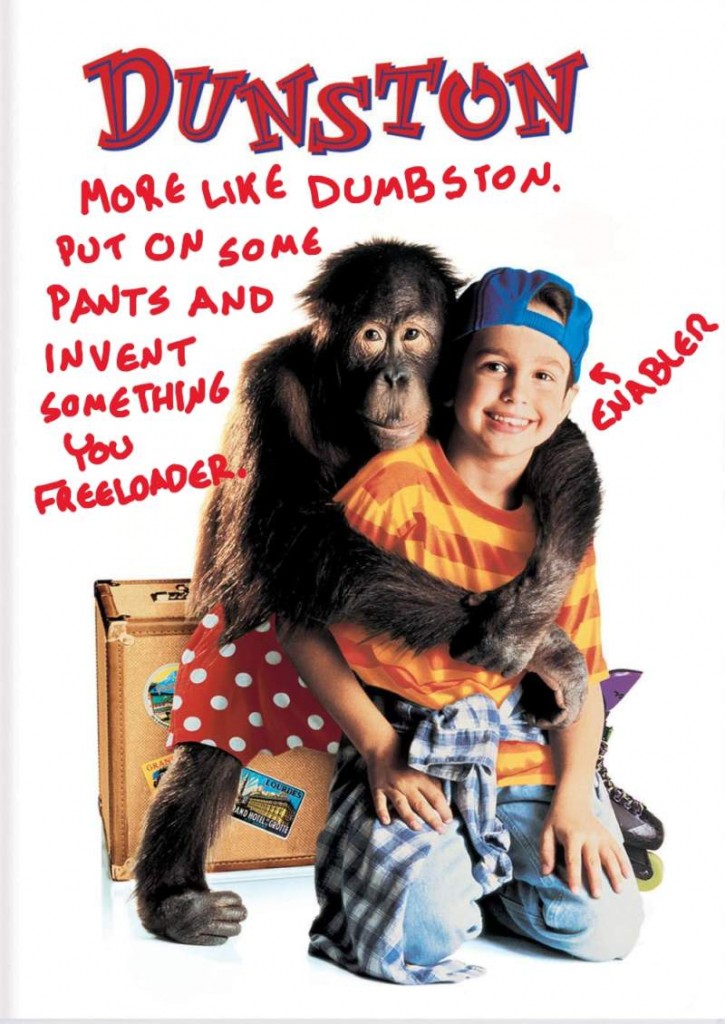