Hello there empty nothingness of the internet.  I know that you don’t really care for extreme metal music, or music in general, being that you’re an empty void and all, but I figured I’d share these with you.  You see, when black metal musicians take promo photos, the goal is to look as badass or “kvlt” as possible.  “Kvlt” simply means “cult” or underground, but is spelled as “kvlt” because black metal originated in Rome in 1435.  This is all common knowledge, so I won’t bore you with the details.

Anywhat, I have in my possession some rare early promotional photos by a few such black metal groups.  Nowadays, it’s all the rage to shoot your band pictures in grim places, like a forest in the middle of the Norwegian wilderness, or in a cave, in front of a sleeping Yeti.  But as you’ll see in these early photos, black metal musicians originally shot their promo pictures is decidedly less grim environments.  Feast your sweet little eye globes on these: 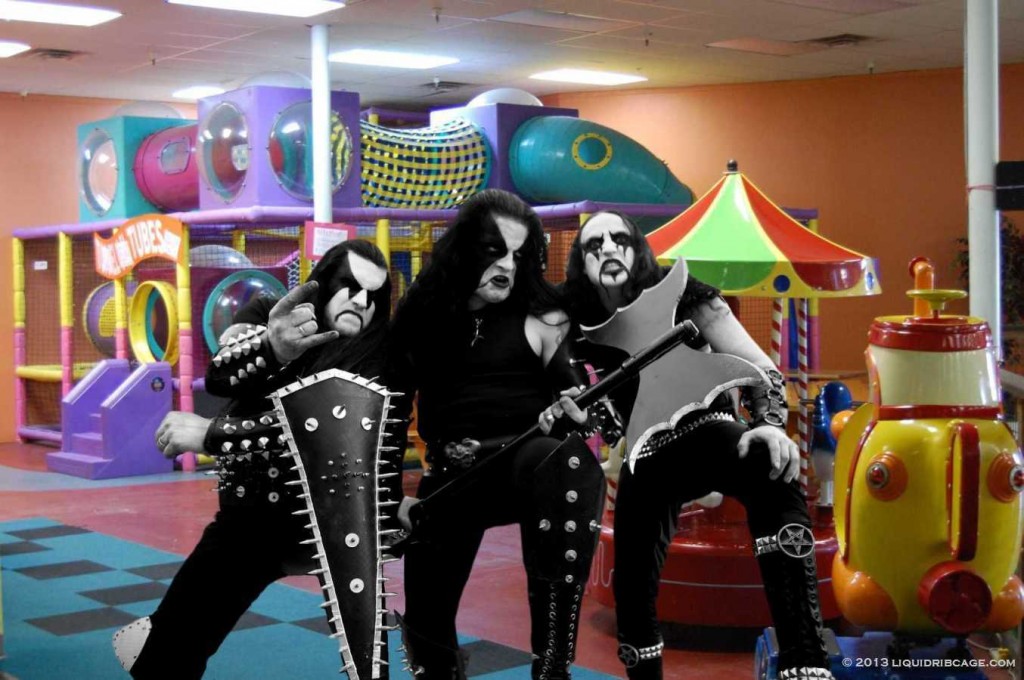 Here is the band Immortal, posing at a Chuck E. Cheese’s in Boise Idaho in 1991.  Shortly after this photo was taken, the band was removed from the premises for not removing their boots before entering the ball pit. 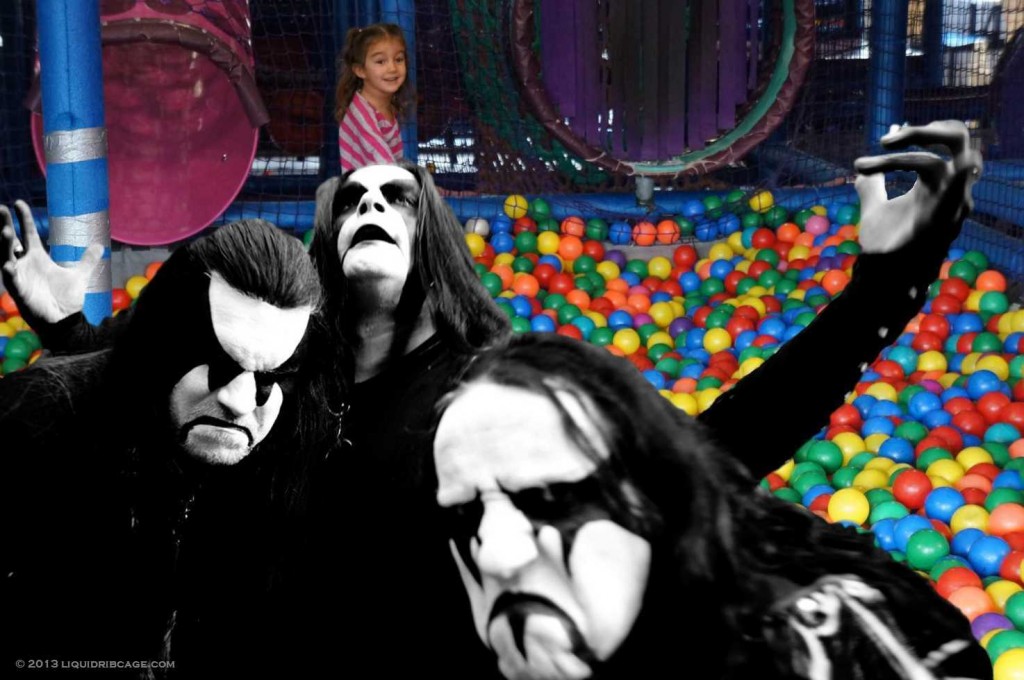 Here is another early Immortal promo shot.  This one was taken at Uncle Gizmo’s Fun Zone in Crapsteak, North Dakota.  Later that day Abbath got the 3rd place score on the venue’s Galaga arcade machine, entering “T I T” as his name on the entry screen. 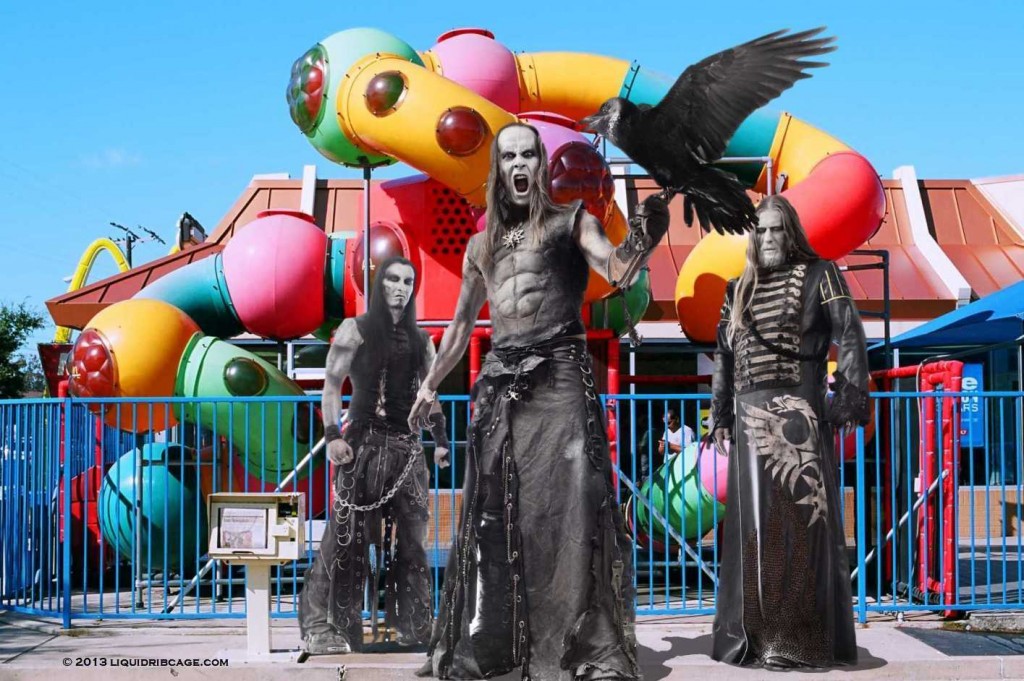 Finally we have a never-before seen publicity shot of Behemoth posing in front of McDonald’s franchise #13,765 in Hambasket, New Mexico.  Originally they were going to pose with a Koala, but on the day of the shoot, all the animal wrangler could book was an extinct Tropical Crow.

So there you have it.  I hope this post was informative.  My number one goal with these posts is to educate after all.  A healthy mind is a mind that works good.  Until next time!